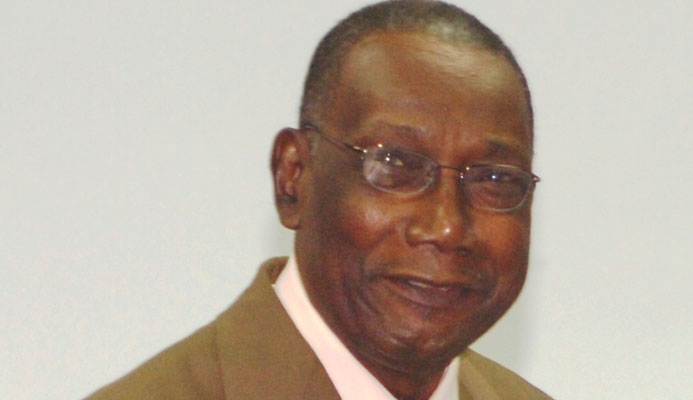 Throughout his illustrious career, Mr. Yeates has made significant contributions to the development of the practice and body of knowledge surrounding human resource management and industrial relations in Trinidad and Tobago and across the Caribbean. With close to fifty (50) years’ experience and expertise, Mr. Yeates has undoubtedly left an indelible mark in his field of expertise and bequeaths to posterity a legacy of excellence and distinguished service.

His legendary career began as a Shop Steward for the Union of Commercial and Industrial Workers (UCIW) in 1959 for workers in the Retail Industry. Three years later, he became the Union’s Organiser for garment workers, shop assistants and factory workers and subsequently served as a Grievance Officer, Negotiator and Education Officer for UCIW.

He was granted a Commonwealth scholarship in 1964 to pursue a certificate course in Industrial Relations at the University of Montreal in Canada. Following his return from Canada, Mr. Yeates was awarded a three-year scholarship from UCIW to continue his studies at the University of the West Indies from where he graduated in 1968 with a Bachelor of Arts degree in Economics and History.

Mr. Yeates soon took up a lecturing post with the Cipriani Labour College in 1969 and thereafter became the College’s Registrar, Secretary/Treasurer and Research Officer. In 1978, he joined the private sector as the Industrial Relations Officer for the Neal & Massy Group of Companies, with subsequent positions as Personnel Officer and Training Manager. With an obvious talent in Human Resource Management, Mr. Yeates became the Human Resource Manager of the Port Authority of Trinidad and Tobago in 1994.

Mr. Yeates joined the ECA in 1999 where served as an Industrial Relations Advisor until his retirement from the field in 2014. His sterling contributions impacted hundreds of Employers through his advice, consultancy and representation at various institutional levels. He was a mentor to many current leaders in the field of industrial relations today and contributed to the fields of research and training in industrial relations in Trinidad and Tobago, the Caribbean and Latin America. Mr. Yeates authored or contributed to several books, booklets and employer guides in industrial relations, which are still used today by practitioners, training institutions and researchers. Over the years, the Industrial Court of Trinidad and Tobago has also referenced Mr. Yeates’ work in arbitrating trade disputes, some of which included Trade Dispute #46 of 1976 and ESD #1 of 1983.

“Our heartfelt condolences go out to Mr. Yeates’ family at this very difficult time,” said Interim CEO of the ECA, Stephanie Fingal. “The field of industrial relations has lost one of its great ‘Generals’ and the ECA has lost a longstanding member of its family. The name Gabriel Yeates has been synonymous with industrial relations for close to four decades and we know that his legacy will endure for many generations to come. “We salute you, Mr. Yeates.”