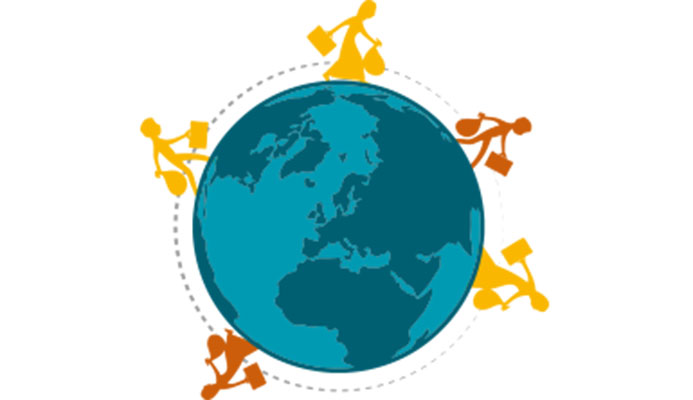 [ARANGUEZ, June 18] — With the culmination of a two (2) week exercise geared towards the registration of Venezuelan migrants last Friday, one can reasonably expect that those successful registrants will be seeking formal employment for the remaining period of their registered status.

While we commend the Government for taking steps to record and register the presence of Venezuelan migrants in Trinidad and Tobago, this experience has brought into sharp focus the need to address two (2) very important issues: policy definition and design on migration and forced labour.

In many countries, migration policy issues have moved to the forefront of national and multilateral agendas. It is unfortunate that an increasingly politicised climate of emotion and negativity is creating so much public discourse surrounding migration issues, including legal labour migration, which, when properly governed, can be beneficial to the needs of industry and the long-term success of economies.

While we appreciate that migration can raise an array of complex and sensitive concerns, a 2018 report of the ILO and OECD, provided reliable evidence that, over the long term, migration not only provides economic opportunities for migrants and their families, but also fuels economic growth. Moreover, regular migrants make a positive net contribution to the economies and societies in which they live and work. Data from the Trinidad and Tobago International Organization for Migration (IOM T&T) reveal that migrants account for approximately 3.7% of our population or 48,000 persons, of which 63% are of working age. Undoubtedly, this figure has increased in recent times, and with approximately 16,000 persons reportedly registered as of last Friday, this presents a valuable opportunity for us to boost the talent pool in various sectors of the economy, avail of new skills, or fill existing skills shortages in the labour market, which ultimately will increase the circular flow of money in the economy.

In this regard, the ECA issues a call for coherent, well-defined and well-designed migration and integration national policies. This, we believe, is an integral part of the legal and regulatory framework necessary to support not just business needs and requirements, but more specifically to facilitate the safe and orderly movement of labour across the entire skills spectrum and encourage economic growth and development.

As articulated earlier, there is also a growing concern over the use of forced labour in certain sectors, especially among employers in the informal economy. According to the ILO, forced labour is any work that is obtained “under the menace of any penalty and for which the said person has not offered himself voluntarily.'' One year after T&T’s Independence in 1962, the Government of the day would have ratified and institutionalised both the ILO’s Forced Labour Convention, 1930 (No. 29) and the Abolition of Forced Labour Convention, 1957 (No. 105), which, inter alia, were designed to encourage the suppression of all forms of forced labour by not only criminalising such acts, but, allowing for appropriate prosecution of those found in contravention of these laws.

The ECA remains committed to the eradication of forced labour of any kind and encourages all employers to ensure that clear and transparent company policies so aligned, are implemented. The applicability of such policies can even be extended to other enterprises involved in supply chains, which we believe would have greater influence in the fight against forced labour.

While the ECA recognises the establishment of the National Task Force Against Trafficking in Persons and the Counter-Trafficking Unit as enabled by the Trafficking in Persons Act (No. 14 of 2011) as a significant step in the right direction, there is a need to create greater levels of consciousness and awareness on this unacceptable practice.  Ratification of the ILO’s Protocol of 2014 to the Forced Labour Convention 1930, is a crucial step in this regard. Moreover, a well-developed national education programme disseminated across all communities, specifically targeted to those considered most vulnerable in our society, is vital in the fight against all forms of forced labour.

The ECA stands ready to collaborate with social partners and other relevant key stakeholders in operationalising this education programme and, more importantly, in the development of a national well defined and designed policy and plan of action to address the root causes that perpetuate forced labour. This undertaking undoubtedly requires a sustained national effort.

On this Labour Day, let us remember that all individuals, regardless of their national, social or ethnic origin, have a fundamental right to decent and safe work with an inherent responsibility to be productive in their contributions at both the organisational and national level.

The ECA extends best wishes to the members of the labour movement and by extension, the national community, as we look towards a brighter and more productive future for all.