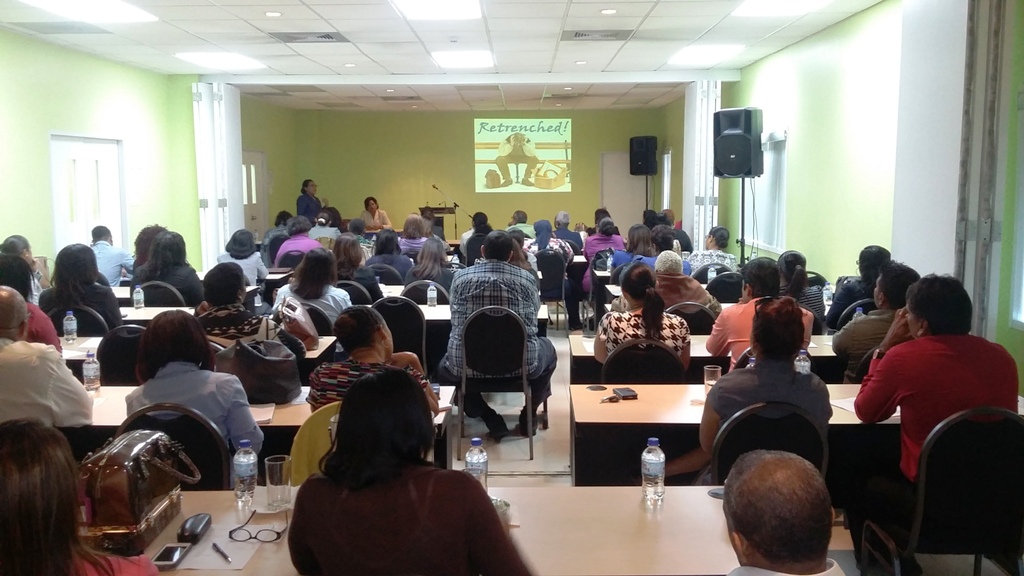 As Trinidad and Tobago’s economic uncertainty continue to unfold in the face of persistent declines in energy prices, the Employers Consultative Association of Trinidad and Tobago (ECA) launched its inaugural discussion series at its head office in Aranguez on Thursday January 14, 2016.

“In light of the state of the economy, the ECA felt it was necessary to actively engage its membership to ascertain not only how they are affected by the on-going scenario, but to also find workable solutions in the best interest of all stakeholders,” explained Chief Executive Officer, Joycelyn Francois Opadeyi. First on the agenda was the issue of Retrenchment and Severance, which the ECA believes is of utmost importance and unfortunately, a current reality that cannot be dismissed as we have seen not just around the world but right here in T&T.

The ECA strongly believes that all social partners must engage in active consultation and desist from unproductive confrontation if the country is to weather the storm that is now before it. It is in this regard, that the ECA gathered its membership to ascertain their views and understand their situations; a process that is expected to continue into 2016 with a series of discussions on important national and economic issues.

The ECA’s mandate extends beyond the remit of just ensuring representation and strength within the Employer community to safeguarding and advancing the socio-economic wellbeing of T&T. “It is because of this mandate that the ECA not only educated participants about the issue of retrenchment from several aspects, but also presented practical alternatives for consideration,” Francois-Opadeyi explained. “We have long advocated that retrenchment must always be a last resort after all possible alternatives have been exhausted as this is a phenomenon that will certainly encumber our recovery process. What we have learnt is that regardless of sector or industry, it cannot be business as usual and that our country’s long-term sustainability requires an all-hands-on-deck approach. In so doing, the ECA stands ready to lend support to the Employer community in a holistic way that drives both business growth and national development.”